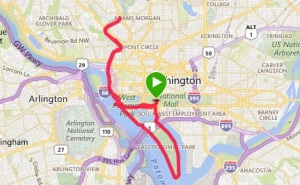 “And a warm welcome to all our global runners today, who’ve come all the way from New York, Maryland and Florida…”. Mmm. International geography aside, the announcer was spot on: at way over 25C, Washington DC felt pretty sickeningly warm and humid considering it was barely 6am!

With a name like “Navy Air Force Half Marathon”, I was perhaps naively expecting to start off under the gunfire of a machine gun, speed up as air force personnel scream us on, pick up my water from drones, along maybe with waving to a merry band of seamen cheering us on. The reality was slightly tamer, as is often the case!

This race is an annual event – now in its sixth edition, which is part of a series of military organized races. With a (slightly worrying?) motto of ‘Prepare, Execute, Achieve’, it’s actually quite a large event with over ten thousand runners doing either the surprisingly grueling half marathon or the 5 mile race.

On race morning, with the moon providing a slither of light over the National Mall, I was stretching away in my skimpy shorts and vest amongst my lycra-clad peers, my stomach gently rumbling with pre-race nerves. The previous evening, I had been in exactly the same spot watching, slightly bemused, a bizarre section of society convene for the pro-Trump “mother of all rallies” (attendance: 400…). Like at the race, you could barely tell one person apart from another for their homogeneity, though their similarities were more linked to their penchant for camouflage jackets and Dr Marten’s boots than sweat-wicking tops and inappropriate shorts.

Anyway, after a rendition of the Star-Spangled Banner and with the ring of a bell by a Navy sailor, we were off at 7.05am sharp. The race started, and finished, in the National Mall which was by far one of the most historical settings I’ve raced through. To my right: the US Capitol; straight ahead: the White House; to my left: the Lincoln Memorial; and, straight up: the Washington Monument. Wow.

As is frustratingly traditional in races, we all set off as if our bums were on fire – sadly, despite the low fog keeping the sun at bay for now, that couldn’t last very long. After a first kilometre at an unsustainable sub-75 minute pace, I dropped down a gear into something more appropriate for the heat.

The race itself was pleasant, if largely unexciting, and theoretically relatively performance-friendly on good tarmac with few inclines. However, the humidity (if I hadn’t mentioned it yet) of a city built over swampland changed the equation significantly. Rather quickly, I started slowing down and, after a few kilometres circling scenic parks and golf courses along the Potomac river, I started readjusting my targets which was a sure sign than my mental strength wasn’t in full swing that day either!

To be transparent, a few days before the race, I had already decided what excuses I would be using after the race which was probably not what sports psychologists recommend doing. A lingering foot injury turned out ok in the end, as did the early rise thanks to the jet lag still being in play and even my slightly heavier training shoes didn’t really make any difference (really, what’s 30g here and there going to do?!).

However, as I had discovered a few weeks earlier in south London, my ideal race conditions were cool weather, a slightly breeze and, if possible, a light drizzle. Some of the locals were more used to these conditions and started powering on as I started losing one or two seconds per kilometre and falling back into the pack. Having re-calibrated my expectations, my new aim was soon to get to the 10km mark in around 38-39 minutes – which I did, and then just take each kilometre as they came after that.

Up until then, the support could probably be counted on one hand but it gradually grew as we came back towards residential parts of DC. Just past the half way mark, a little girl made me chuckle (and speed up) with her “Run Faster, I’ve just farted” sign. However, for its slightly eye-watering $110 entry fee, one might have hoped for a little more entertainment throughout, be it bands, bigger crowds, or military demonstrations of bazookas etc. On the other hand, it was obvious that a lot of the fee went into its regimental organisation and otherwise excellent support (water every few kilometres, plentiful toilets, good expo etc).

After 11km, we splintered off from the Potomac as we went through the childishly-funnily-named Foggy Bottom district – maybe this is where stomach issues normally kick in?, before heading up Rock Creek. Rather cruelly, the turning point is halfway up a hill, by which point you’re coming to a near stand-still as you spin around the U-turn and the lactic acid build up is making you question your life decisions once again.  By now, sweat was pouring out of me from places I didn’t know it could, or should. 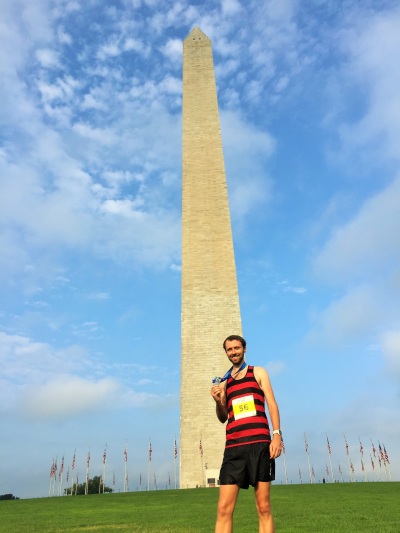 The rest of the race was a somewhat cyclical repetition of: gulp water; throw water over head; don’t chicken out; change the playlist – ‘Dancing Queen’, right now, really? Repeat. By now, my general endurance was playing in my favour and, although I wasn’t speeding up, the faster whippets were struggling and I was able to slowly pick them off one by one. With a kilometre to go, the Washington Monument appeared in full sight again and that could only mean one thing: one last dash past the hundreds of US flags and I could finally remove my soggy t-shirt!  I finished in 69th place – decent, though unexceptional, and my time doesn’t warrant mentioning.

By now, it was time for breakfast or, as I was feeling adventurous, one of the ‘Otis Spunk Meyer’ muffins I got given in the goody bag. Finally, I found the seamen I was looking for earlier! 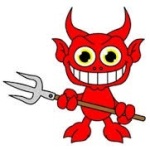